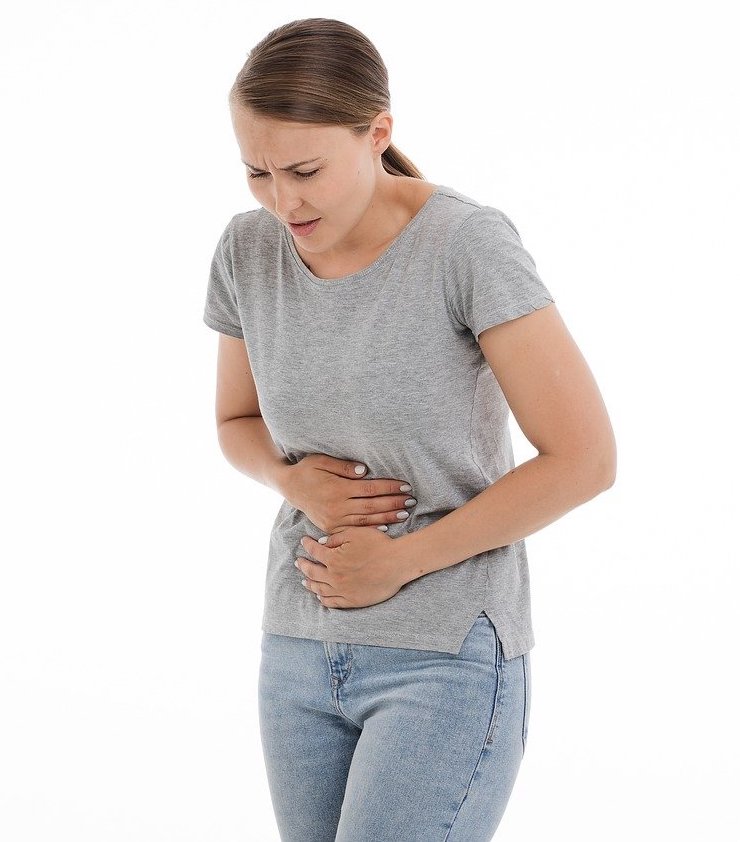 The month of April is IBS (irritable bowel syndrome) awareness month. IBS affects 10-15% of Americans and can have a dramatic impact on a person’s daily activities. The main symptoms are abdominal pain, bloating, nausea, diarrhea and/or constipation. There often seems like no rhyme or reason to when symptoms flare and what helps reduce them. However, updates in the field of gastrointestinal health over the last decade, have shown many ways to further investigate the underlying issue and treat appropriately.

One thing we have learned is that roughly 80% of folks with IBS have SIBO. SIBO stands for small intestinal bacterial overgrowth. What that means is that the “good” bacteria that live in the large intestine, have overgrown into the small intestine. When this happens, the leading symptom is bloating. Bloating happens because those gut bugs give off gases when you feed them fiber. That gas then gets trapped in the small intestine for several hours until it’s released through the large intestine. This can lead to the most common complaint I hear “I’m eating healthier than I ever have before and I feel worse.” This is a large topic in and of itself, but the short story is that naturopathic doctors have so many treatment options for SIBO, if that is a piece of the picture for you.

Other symptoms of IBS that are outside of the digestive realm are mood imbalances, brain fog, and sleep disruptions. This is largely related to the role of serotonin. We’ve learned that most serotonin is found in the GI tract. Serotonin is a neurotransmitter that is responsible for mood, sleep, bowel movements, and several other actions in the body. You may be familiar with the popular medication category that acts on the serotonin pathway, called SSRI’s or selective serotonin reuptake inhibitors. These medications are often prescribed for anxiety and depression. So, when imbalances and disruptions in the GI tract are improved, we often see improvement with mood, brain fog, and sleep as well. Additionally, serotonin is involved in regulating motility which is the appropriate movement of the intestines themselves. Motility is typically impaired in IBS patients giving rise to either constipation, diarrhea or both.

Here are my favorites:

Many patients find relief in following the low FODMAP diet or the specific carbohydrate diet. That is definitely a great place to start and can help keep symptoms at bay. Botanicals, probiotics, and sometimes medications are also some of the common treatment choices. So whatever your goals are, the doctors at Amber Wellness Group would love to help you dig deeper into healing your GI health.

Delicious holiday meals are often full of all the foods we try to avoid during the year because even though they may taste good, we know they don't make us feel good. What if this year, you could make a holiday meal delicious as well as anti-inflammatory, using...

END_OF_DOCUMENT_TOKEN_TO_BE_REPLACED

Are you starting to plan your holiday feasts? All of our team has contributed to sharing our favorite holiday recipes with you. We have also highlighted some upcoming specials and promotions. So, kick back with a cup of apple cider and enjoy! 🙂 We are still hosting...